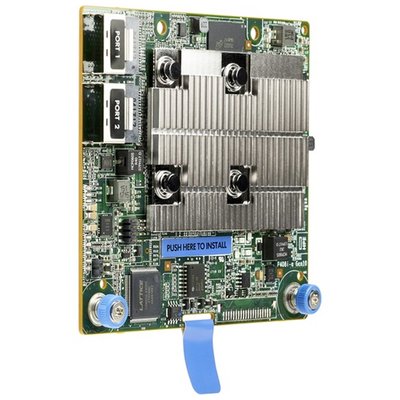 The HPE Smart Array P408i-a SR Gen10 Controller has increased flexibility with Mixed Mode which operates in RAID and HBA simultaneously and eliminates the expense of having to purchase another controller.

Increases performance with 2 GB Flash-Backed Write Cache and reduces latency in write-intensive applications that require heavy logging such as databases.

Enhances performance in storage environments where data is read repeatedly from a large number of SSDs by using HPE SSD Smart Path to create a faster I/O path between the controller and SSD.

Comply with regulations for sensitive data, such as HIPAA and Sarbanes-Oxley with HPE Smart Array SR Secure Encryption—FIPS 140-2 Implementation Under Test with expected FIPS 140-2 Level 1 validation complete in 2018.

Preserve data integrity with HPE SmartSSD Wear Gauge, which alerts you to potential drive issues before a drive fails.

Certifications : FIPS 140-2 Level 1 Implementation Under Test with expected validation in 2018

Warranty Standard Statement : The warranty for this device is 3 years parts only.