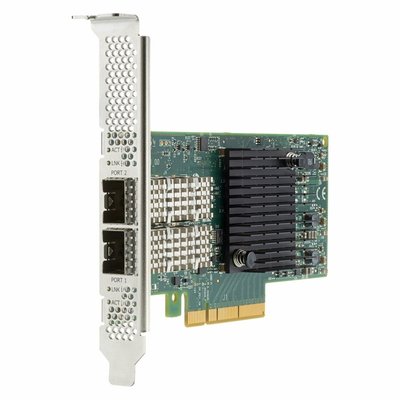 Legacy technologies are struggling to handle the increased throughput and lack the capabilities to cost-effectively scale. For the rise in volume of mobile data and video and the frequency at which it is accessed, The HPE Ethernet 10/25Gb 2-port 640SFP28 Adapter for select HPE ProLiant Gen9 Server DL family of rack and HPE Apollo Servers delivers high-performance solutions.

Reduces the impact of overlay networking on host performance with tunnel offload support.

Contains VMA, an included firmware with many benefits such as lower latency, higher throughput, improved CPU utilization and minimal buffer copies between user data and hardware.